Okay, so I’m on an “accepting differences” kick here lately. We could also call it a “being special is awesome” kick. Either way, here is the 1st and 2nd grade version of this lesson.

Gerald Giraffe really wants to dance. In fact, all the animals in the forest are great at dancing. Well, when it’s Gerald’s turn to dance at the Jungle Dance, all the animals make fun of Gerald and tell him he can’t dance. All it takes is one small creature to believe in Gerald. Soon Gerald starts to dance his own kind of dance and all the animals begin to see just how great Gerald really is at dancing. 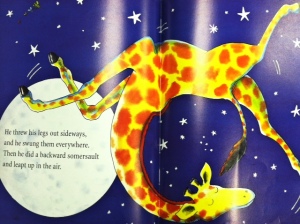 At my school, I always feel bad for the boys who aren’t really interested in team sports. At P.E., the boys are taught soccer, basketball, baseball, and rugby. At recess, the boys play tag, soccer, football, and kickball. But what happens to the boy that likes to swing on the monkey bars, the boy who loves to swim, the boy who takes piano lessons after school? He ends up playing by himself, sitting out during P.E., and reading a book on the bench. 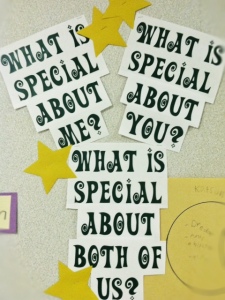 I really wanted to show the boys that you can like different things, but can also still continue to be friends with these people. Differences aren’t bad, differences are what make us special. (Yes, I’m on this soap box again.)

Next, the boys went to their desks to think about all of the things they thought they were good at and the things that worried them. To give them an idea, we all completed the activity sheet (from Marissa at Elementary School Counseling, giraffes_cant_dance work page – Anxiety) together from Gerald’s perspective.

Gerald worried about his dancing, making friends, and getting laughed at.

Gerald knew he was good at standing still, munching shoots off trees, and finally, dancing. 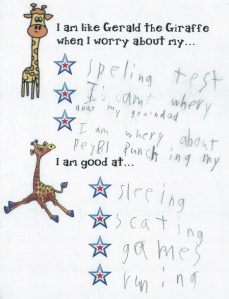 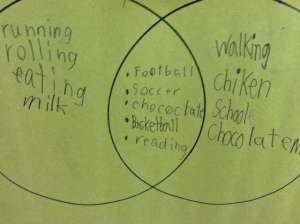 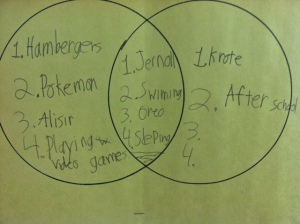 As they went through, the boys were truly amazed to find out all of the things that they both had in common. In fact, most groups had trouble finding things that they liked that their partner didn’t.

I couldn’t have hoped for a better point made!

One thought on “Giraffes Can’t Dance”